First the basic introduction – can you tell us who are you, what are you doing, where are you coming from?

I’m Andy Dixon, a painter, born and raised in Vancouver, Canada, living his life in between there, New York, and LA.

Originally I got to know you as an amazing mixed media/collage artist and then you moved stylishly to painting, why painting? And was it a long process? Was it hard to let go the ”previous life” as a mixed media artist?

It was absolutely a long transition but an organic one since even my mixed media and digital collage work always consisted of predominately hand drawn and painted elements. It was just a matter of removing the digital part of the process. I think there was part of me that was afraid of becoming a painter. I knew so little about the fine art world which has such a reputation for being cold.

Honestly, no, once the transition was complete, it was very easy for me to let go of my time as a digital artist. I now find working with strictly tangible, physical objects very therapeutic. I’m hardly on my computer at all any more. I haven’t had to google a photoshop troubleshoot in years and that feels great.

If you compare the mixed media collaging, where the first visions/theme and the outcome can be a miles away from each others and then painting, where a certain scenery/object is there from the first lines until the end. Was it difficult to change how you think when you started to paint?

Absolutely, yeah. My process as a digital artist was all about scanning in various complimentary elements and experimenting with their placement, scale, colour, etc. Of course, that’s not really translatable to what I do now, and I struggled with that for a while. Eventually I learned to let that process go which, actually, was also theraputic for me. One thing about the digital realm that I specifically don’t miss is it’s infinite possibilities. Does this element look better here? Or maybe over here? Or maybe it should be yellowier, or bigger, or inverted? It was a life of constant experimentation that, in a sense, contributed to a kind of anxiety. It became a kind of addiction, like a video game. Like your mixed media works, your painting style is also very recognizable, the drawing-like outlining style and the bold usage of colors… When you started to really push forward as a painter, did it take long to find your own style/level you were comfortable on?

It was actually relatively fast – maybe a year or two. I was already comfortable with the materials, namely the oil pastel to achieve those outlines you’re referring to, and, thanks to my life in design, I knew what my personal aesthetics were, so I was very lucky to not have to spend countless hours trying to ‘find my voice’ as they say.

How do you choose the subjects for your works? And like previously said, you use colors very boldly, when you start a new piece, do you have a clear vision of the color palette you’re going to use?

I take a day off from the studio every month or so to farm new images I want to use. I know what I’m trying to say with my work so I know the sorts of things I’m looking for – examples of luxury, art, and how the two intersect. I find them mostly through google image searches.

My colour pallet is always the same from piece to piece. I use pre-mixed paint colours, so all of my paintings are made up of the exact same 20 or so colours. What are you trying to communicate with your art?

I’m trying to explore the meta concept of luxury in and as fine art. I’m drawn to the concept of historical art depicting luxury, and becoming luxury objects themselves and I’m exploring my own participation in this as a commercial artist. It’s not a judgment, though. There’s no moralist stance in my work. If anything I’m simply pointing out the humour of it all.

How critical are you are about your works, how easy/hard is to finish your works? During the creating process, is there any singular part where you find yourself often struggling?

Since my work is based on specific reference material, I find it easy to know when the works are done. I like to paint the way a child does, starting in one spot, finishing it, and moving on to the next, as opposed to sketching or mapping things out so once I’ve depicted the image, the painting is done.

“I’ve also always been really drawn to the trickster figure, those who like to toy with culture…”

What or who are your biggest influences as an artist?

Aesthetically, I am heavily influenced by the trajectory of artists like Matisse and Hockney but I actually owe a lot of what I do to Basquiat, namely his use of pastels (although he used oil sticks) to illustrate on top of his paintings. I’ve also always been really drawn to the trickster figure, those who like to toy with culture but have a strong enough self-awareness to include themselves in the joke. The Duchamps, Kanyes, Chapman Brothers, and Nathan Fielders of the world.

You have a long history in music as musician and label head, how big part music plays in your creative process? Do you listen a lot music while painting?

Music still plays a huge part in my life but only in a casual way, if that makes sense. I cut my teeth on culture in the music scene; it’s the sphere in which I learned and observed how culture works, so, when I’m talking about my paintings, I mostly speak in music scene metaphors. 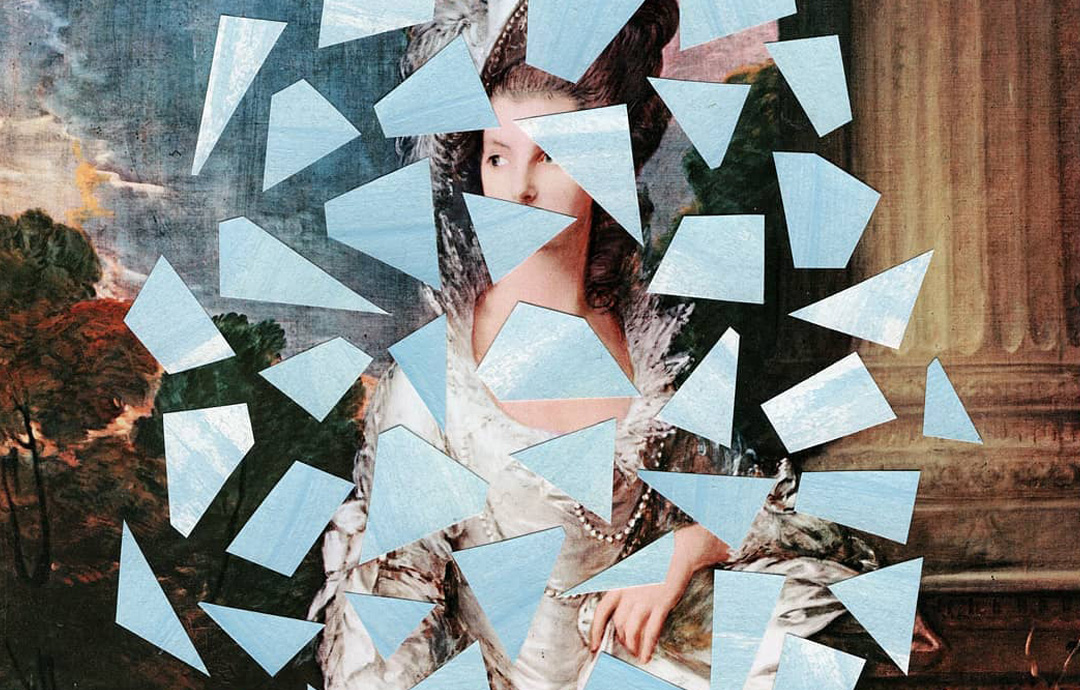 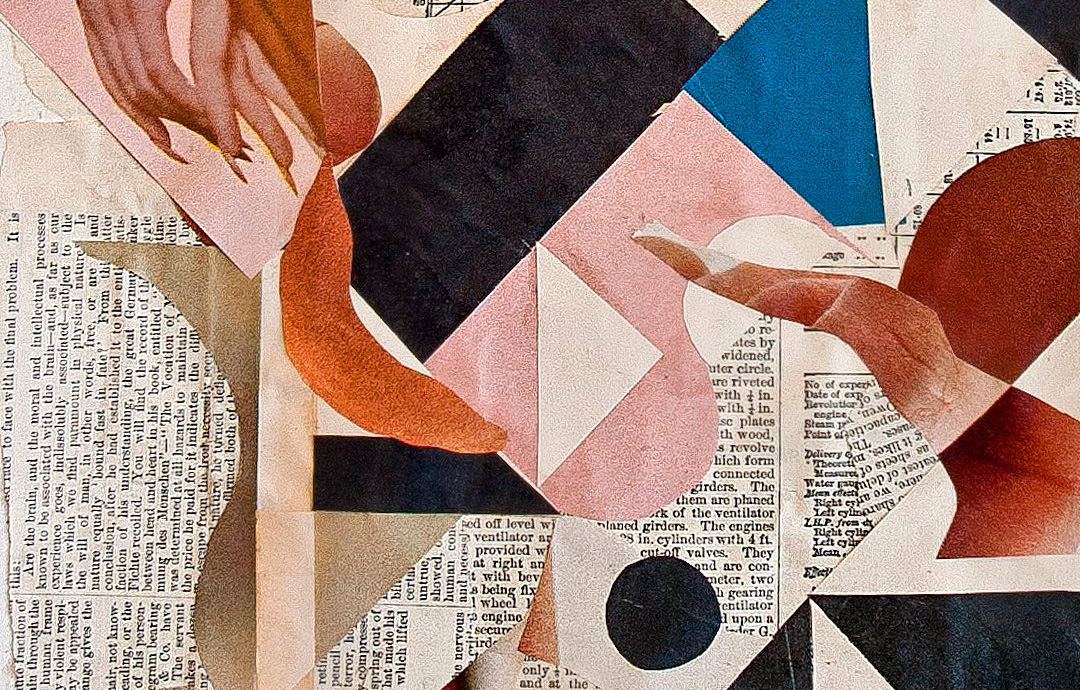 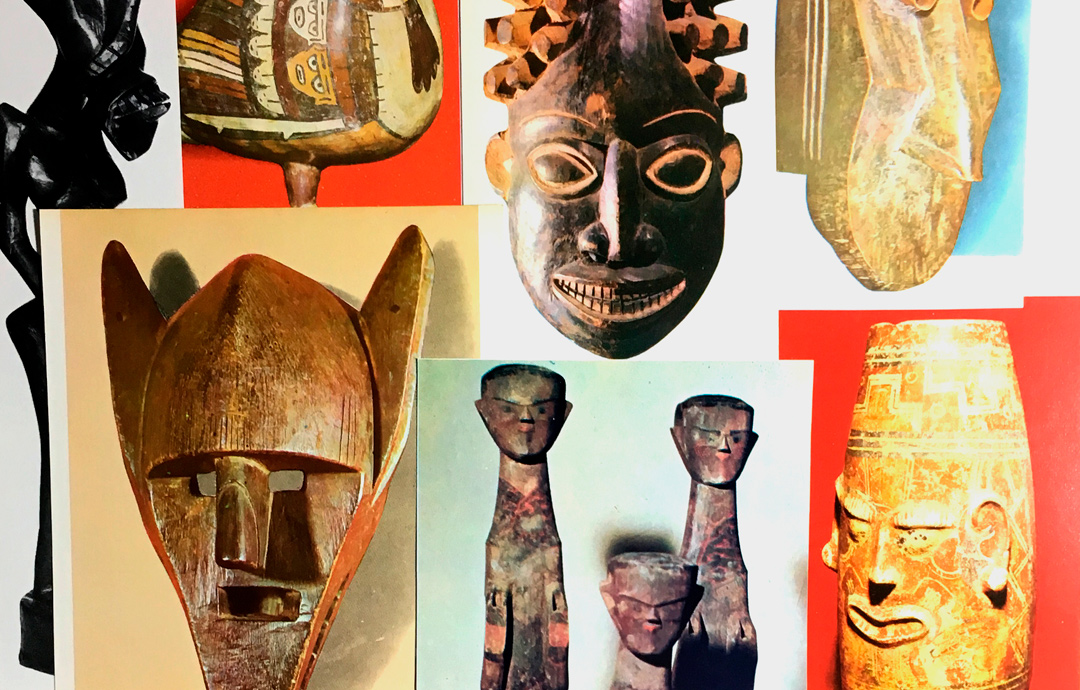